Food & Drink Matters is extremely proud to present Nicoccino as its Nicotine Innovation Company of the Month.

Nicoccino is an effective and powerful compliment to cigarettes/e-cigarettes, providing smokers with the opportunity to tackle cravings without disrupting their everyday lives or people around them. With no real alternative to smoking that is completely effective and discreet, Nicoccino is the first of its kind providing a nicotine fix that extracts the craving immediately. 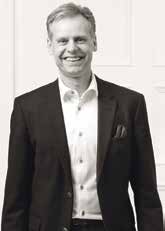 Subtly flavoured with natural lemon and mint oils, Nicoccino contains 1mg of pure nicotine, similar to one regular strength cigarette – but it contains no tobacco, no tar and has no smell. Nicoccino is developed in Sweden, and manufactured according to the highest pharmaceutical conditions in the US.

With the smoking ban in place it is almost impossible to smoke in most public places leaving difficulties and restrictions for smokers. Nicoccino offers support to smokers by providing a productive alternative that is practical and effective.

Speaking with Nicoccino’s CEO, Michel Bracke, we discovered the history behind the making of Nicoccino and its many benefits, “Sweden has a long tradition in developing smokefree nicotine products and nicotine replacement therapies. However, it was hard to find a nicotine alternative that was discreet, efficient and natural, free from tobacco and chemicals.”

“It was this observation that led us to spend 10 years researching and developing the most efficient way to deliver nicotine into the body without leaving a trace. Today, Nicoccino is on sale in the UK with plans to expand to Europe and beyond, giving adult smokers a completely innovative nicotine solution that can be used whenever they want, leaving you free to enjoy life with no restrictions.”

Michel continued, “Nicoccino is a discreet film which is placed under your lip and dissolves within minutes leaving you with an immediate and powerful nicotine effect. The first time you use Nicoccino you’ll probably be surprised by the sensation of pure nicotine. You may feel a slight burning sensation at first, a warm tingling feeling. Some people liken it to tasting chilli, but the feeling soon becomes familiar and you will begin to enjoy it.” 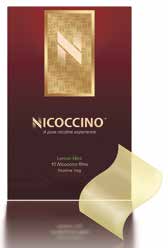 “When the situation occurs that smoking just isn’t an option, be it while you’re on board a flight, its pouring with rain or you’re in a meeting, Nicoccino is the perfect alternative.”

Nicoccino is available to order online and, over the next few months, will become available in the retail market. There are plans in place to make the product available in many bars, restaurants and hotels as well as pharmacies and travel stores.

In addition to the many health and convenience benefits to smokers, Nicoccino offers advantages to hospitality caterers such as preventing the risk of customers going elsewhere to smoke and helps them keep customers happy by offering an alternative. 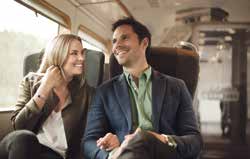 When asked to discuss the company’s plans for the future, Michel commented, “We are planning to expand the company internationally and distribute to all relevant channels in 2015. We will also be adding new flavours to the range to offer a variety for our customers. Nicoccino offers adults a discreet nicotine experience, with thousands of people also using the product as an aid to quit smoking. Nicoccino has received excellent feedback from users and is ready to expand into new markets allowing more customers to experience the many advantages.”