Food and Drink Matters is excited to feature Hubertus UK as its selected Beer Importer of the Month. 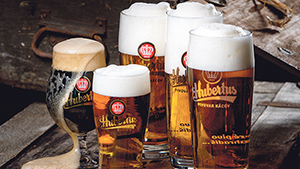 Hubertus UK was established by Michael Fairweather, who now holds the position of Executive Director at the company. It began when he took his son to visit a castle in the Czech Republic; having tirelessly walked up an incredibly steep hill to visit a medieval castle. As the temperature was around 33oC a cool pint of beer was well desired in the brewery they had passed on the way up. “The beer tasted exceptionally good,” Michael recalled.

Michael was so impressed with the product that after a bit of further research he requested to speak to the owner about the possibility of introducing the brand to the UK. Once an agreement was reached, export trials were undertaken to ensure that a fresh unpasteurised beer would travel to the UK and retain its full flavour without a compromise. 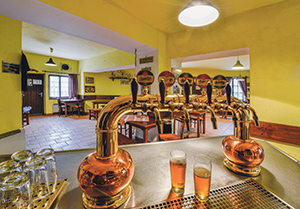 As part of the tasting trials Hubertus UK hosted a tasting session with 100 VIP guests being invited to try the first keg of Hubertus beer opened in the UK. The launch was held at The Gomshall Mill Surrey on 24th June 2014. The event proved to be an invaluable occasion as everyone gave positive feedback upon sampling the beverage including the pub management. 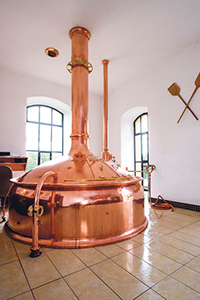 Hubertus UK officially launched at the Imbibe Live event in June 2015 with three of the beers being offered to guests and visitors alike. We must have made an impression as we had an additional 300 hits on our website on the first day and received reviews on our Facebook page such as. “This was a really fresh tasting beer with a lovely clean finish. Highly recommended.”

Hubertus beers are brewed using the original pilsner recipe that has been around since circa 1850, utilising Czech barley, hops and artesian wells to further intensify the authentic flavour. The process involves the incorporation of specific technologies such as double mashing with open fermentation combined with 60-90 day maturation in the medieval cellars of its famed brewery, which dates back centuries. 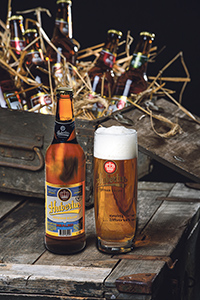 “As far as I’m aware, there are only two other breweries in the world that are older than ours,” commented Michael.

“The brewery was founded in 1457 and produces great-tasting non-pasteurised beer which is almost the exact same as the alcohol drank in medieval times! We like to think it is the beer that king Wenceslas would have drunk a pint of Hubertus while sitting on the thrown of Bohemia, (now the modern day Czech Republic).”

“The brewery has recently completed a refurbishment that incorporated the installation of new technology in all areas of the production process. Because of this, the brewing process is now computer-controlled, which makes the drink taste consistently good throughout the year (because it monitors the temperature of the liquid to ensure it isn’t too hot or too cold). It’s important to mention that we use a recipe dating back to 1850 when brewing the beer, which essentially means that we still honour traditions despite using modern technology to control the brewing processes.” 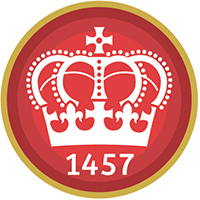 The beer is available in eight different variations such as light, premium, dark and non-alcoholic. Other options include seasonal beers and an India Pale Ale (IPA). The craft beer is available in kegs and bottles and is supplied to a whole cross-section of organisations. At the time of writing, a ‘tank beer’ is also expected to be made available in the UK soon.

“As the beer is a premium product, we are targeting the high-end user,” Michael said. “Our beers are typically found in boutique hotels, upmarket restaurants and free houses – places with credibility that want to serve beer above the level of your average pub offering. 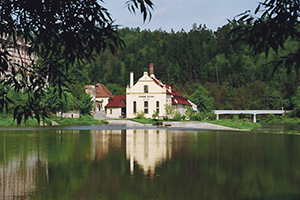 “As our range of beers contains craft beers, we aren’t trying to compete with mass-produced names – we are aiming to work with a limited number of establishments that want a great flavoured fresh beer that is backed up with a personal service to ensure it stays that way. We see it as a high-end drink that can be thought of as the champagne of the beer world. We serve areas all over the UK (as west as Cornwall) and Northern Ireland and our customer base will soon include organisations in Birmingham, London and Manchester as well.”