The dish and glass washing experts, Maidaid, have teamed up with International Rugby legend and England team manager Richard Hill MBE, appointing him as their Brand Ambassador for 2016/17. 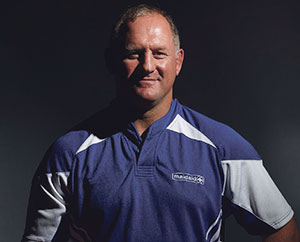 Richard Hill played 71 times for England over 15 years and is one of only a handful of players to have been selected for three British and Irish Lions tours.

Maidaid Sales Director, Julian Lambert, says, “Richard is the perfect choice for us as he embodies Maidaid’s core values of durability and reliability with a consistently high performance. As a Rugby world cup winning flanker (and a kitchen porter as a teenager) Richard knows all about the unseen, dirty work and hard graft that goes on behind the scenes to deliver excellent results.”

Asked about his new position Richard Hill confirmed that he has to think carefully about becoming associated with a company. “The more I have learnt about Maidaid the more I see how they reflect my own personal values. Its products really are second to none and they always go the extra mile to provide a great after sales service.”